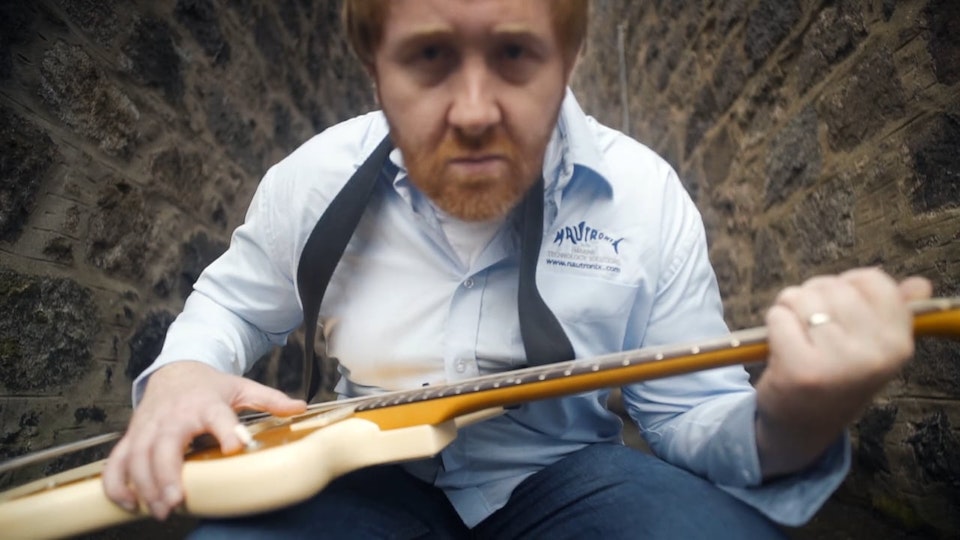 The Clacton brothers, Jon and Jamie, love music.  So much, they opened a guitar shop to serve the rockers, funksters and strummers of Aberdeen.  Yet, Aberdeen is a city in transition.  Once booming from it's proximity to oil fields, the flow of incoming cash has reduced to a trickle.  That has had an effect on business and puts the wisdom of a startup into question.

However, hope is on the horizon and the new Culzean oil project make the  prospects of renewed prosperity are a distinct possibility.  Will that banish the Aberdeen Blues?

In this film, we meet Jon and Jamie - and their ex-oilman dad - and see at first hand how a love of music has influenced their lives.

Funny.  Articulate.  And slightly eccentric.  And selling 'the Keith Richards of all tuning forks...'